Policing the Police from a Battleground that Really Counts

As he lay flat on his back, bleeding, his only thought was, “Why?” He watched in horror as the officers rolled him over like a criminal, cuffed his hands, and left him unattended while he bled. When he later asked the officer, who had shot him why he had done it, the officer said, “I don’t know.” 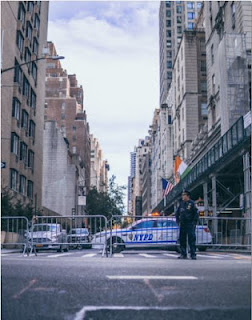 That’s the story of Charles Kinsey, a black middle-aged therapist who worked at a group home in Miami at the time.

On the fateful day, Kinsey had gone out to help Arnaldo Rios Soto, an autistic man who had run away from the group home where he worked. Soto was carrying a toy truck at the time. Someone called the police saying there was a man in the street carrying a gun. Minutes later, Kinsey and Soto were surrounded by police officers, with big guns pointed at them. Kinsey lay flat on his back, held his hands high, and pleaded with the officers not to shoot him or his patient. One of the officers even urged his colleagues to lower their weapons as Soto was carrying a toy truck.

Moments later, three shots were fired; one of them landed in Kinsey’s thigh. He is lucky to be the one narrating this story himself today.

It’s Not About a Few Bad Apples

Not all cops are bad. Some love their job. They go above and beyond to serve the community. But there are a few who don’t deserve the badge.

What’s troubling is that those we consider “good cops” usually protect the few bad apples. Eighty-four percent of cops say they have witnessed a fellow officer use more than necessary force. Sixty-one percent say they do not always report severe abuse by fellow officers.

In the Kinsey case, one officer was suspended for fabricating evidence.

Most police misconduct incidences aren’t highly publicized, leaving evidence and reports vulnerable to tampering and falsification. There have even been cases of police unions playing a hand in the destruction of records.

Did you know that most officers implicated in killing innocent people had prior misconduct complaints? The officer who knelt on George Floyd’s neck had 17 cases of misconduct. The officer who shot Breonna Taylor had been investigated for sexual misconduct and sued for planting drugs. There are plenty of other such stories. Clearly, these are people who would have been removed from the force if proper checks had been in place.

Saying No to Free Get-Out-of-Jail Passes

The problem is that we lack a public registry of police misconduct cases. These issues should not be locked in internal databases if we are to create tangible change.

When officers are hired, there isn’t a registry to look up their past cases. Prosecutors often lose their cases due to missing information. Journalists reporting on police brutality usually don’t have access to the full story. We want to put an end to this and provide the missing pieces.

Missin Peace is a public database that collects, stores, and reports information from citizens on law enforcement violence. This information is self-reported. It includes cases of excessive force, false arrests, unwarranted searches, falsified evidence, and various other crimes.

The criminal conduct barometer for police officers is high. The more detailed reports there are to prove incompetence at the job, the more we will be able to ensure that bad cops are held accountable . . .

How to Report Police Misconduct

The system isn’t designed to make it easy to report police misconduct, and it can be intimidating to report cops to other cops.

Despite that, these cases must be reported. We can’t just make noise on social media because it’s easy and gets plenty of attention. The proper channels of reporting must be followed. The case might not get resolved, but the fact that there is a record of it is what matters.

The report might be used in another case, or it might help point out patterns that would influence a change in the law.

Here are some tips to keep in mind as you report your case:

·    Provide plenty of details. Stick to the facts as anything untruthful can hurt your credibility.

·    Consult other witnesses. They may remind you of other important points you might have forgotten, or they may provide videos and other records to support your story.

·    Make your complaint as soon as possible. In some agencies, they won’t investigate a case after 12 months.

·    Keep copies of everything in a safe place.

·    If you were arrested, you should contact your attorney before reporting police misconduct.

In addition to reporting your case to the relevant authorities, consider registering with Missin Peace as well.

You can register online, and it’s easy. Follow these steps:

2.   Provide details of the incident.

3.   Upload a copy of your complaint and any supporting evidence (videos, recordings, images, etc.).

4.   You will get a message confirming your registration and that we have received your case.

And we can create a world where we can dream to thrive . . .not dream to be alive.

Popular posts from this blog

May 19, 2021
Is it possible, that we live in a society where Police Departments put more resources, time, and energy into saving wild animals than they put into saving human beings?  Do we really live in a time where law enforcement will take more time to deescalate an issue through animal wildlife than they will for a human with a mental health condition? Unfortunately, YES! Yes, we do!!! Animal Stories NYPD lead ducks to safety Police save dog from Icy Pond Police rescue dog from icy lake Police save opossums Human Stories Officer kills a suicidal man, finally convicted No charges in the shooting of Mentally Ill Black Man 973 shootings by Police
Post a Comment
Read more